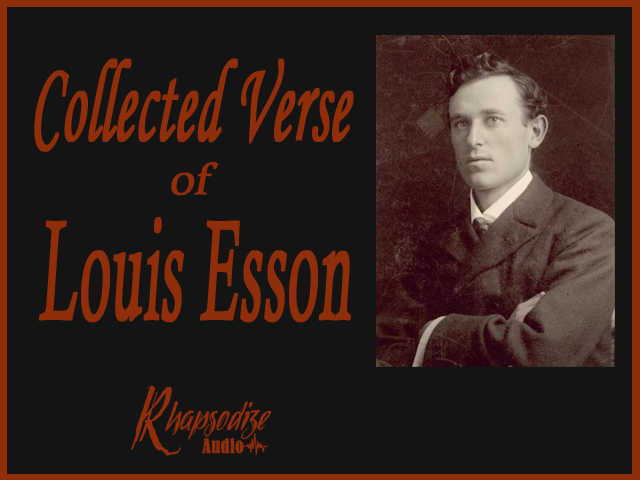 Thomas Louis Buvelot Esson is best remembered today as a dramatist, in particular for his perceptive Shavian political comedy, The Time is Not Yet Ripe, which was first produced in Melbourne, in 1912. However, he was also active as a journalist and poet, and, in the latter role, was a significant figure in the development of Australian verse from the humble bush ballad to more adventurous and personalized forms of poetic expression.

Although Esson cannot be said to rank with his illustrious forbears, such as Henry Kendall, or the giants of Australian poetry who succeeded him, such as C.J. Brennan and Les Murray, the value of his contribution to the development of Australian verse is undeniable.   Listeners are invited to enjoy these poetic evocations from an age when Australia was moving from a culture of colonial imitation to one of distinctive nationality.

Uploaded by Rhapsodize on December 9, 2013